Better Nike Bot also known as BNB bot, lets you mass enter accounts into Nike SNKRS raffles. Nike SNKRS releases are very similar to raffles, they let everyone enter for their size and then a limited number of people will be allowed to purchase. 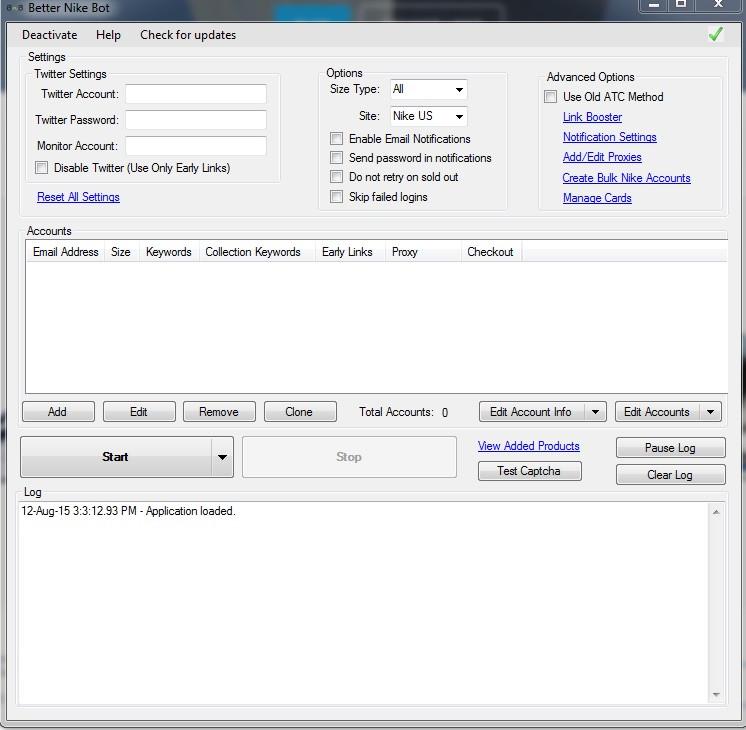 BNB bot was one of the bots people would barley use. It started with a small user base until it started to work consistently. As soon as it started cooking, every cook group went and attempted a group buy with them.

This caused more people to purchase. This caused Better Nike Bot to focus on the money and it failed to cop the next big release. This was either due to stress on their servers or it was due to no updates. After this, no one wanted to buy.

Due to Nike consistently making new updates, Nike bots are having a hard time. BNB bot does work for some drops but it also fails sometimes too. Better Nike Bot also has an account generator which is very handy, this almost always works. With the standard version of the bot you can only generate 5 accounts per day though.

I was one of the early people to purchase the bot and it has not worked for me ever. No support, one update per month and they never have cooked for me. During my time of having BNB bot, they had no support team, so when you wanted support you would have to wait days.

I personally waited 1 month for support and never got it, this was until I emailed them again then they replied in about 25 days. So about 2 months I waited. BetterNikeBot also has had the same UI since the beginning of its time and it’s not a nice one.

I personally think it has a windows 7 look, but that’s just my opinion. To actually import the accounts into the bot is a pain. Usually to import an account, you can do account:password but with bnb you have to import using a google sheet and having to split the accounts.

Better Nike Bot has been the hardest Nike bots to use. I couldn’t even generate cookies for a while due to its incorrect code and devs were reluctant to fix. My personal experience has been really bad but I hope if you do own this bot already your experience has been great.

What setup is recommended for BetterNikeBot?

One of the best proxies that I have used it Notify Proxies residential. They are always up and always supportive if you don’t understand how to use them. Even though their speeds aren’t fast, they still are super cheap.

Any residential proxy will work though at any speed because Snkrs usually has hyped drops in a raffle type release. (DAN) And when there’s a raffle, even if it takes you 50 seconds, you will still have the same chance as if you entered in a quicker time.

For a server, it’s not recommended unless your computer can not handle the high stress. Usually when running the bot you should keep an eye on task manager where it says cpu % and if it hits 100%, you would need a server.

Will I Continue to use BNB AIO in the future?

As for me, yes I will keep using this bot even though it is not working its still worth attempting. BNB AIO always work on any issues and I believe BNB AIO will fix it.

George has nearly used every publicly available bot in his over 2 years of botting. Having made a solid 5 figures in reselling, he knows his stuff. Yeezy's are his top cooking pick.