WHICH SUPREME BOTS ARE COOKING THE BEST IN 2020?

In this article I will be going over the 4 best Supreme bots that are cooking right now. This list will be updated with more successful bots in the future. Keep in mind that you woul need the right proxies to succeed on Supreme.

You can get free beta keys for an upcoming Supreme/AIO bot here… pretty good opportunity.

These rankings are based on their performance and success alone. It doesn’t take into account the price, number of supported shops and the user interface of the bot.

F3ather or F3, was one of the most dominant bots of last season and the seasons before that. F3 is very well established and users still have a ton of success, especially in the EU regions. However with the rise of Mekpreme and Cybersole, F3 has been flopping recently on the first week of Supreme US although it managed to get a decent amount of checkouts for EU. F3 is still an insane bot which will cook for you, but it seems to have lost it’s raw cooking power from last season, Due to Mek and Cyber doing so well. 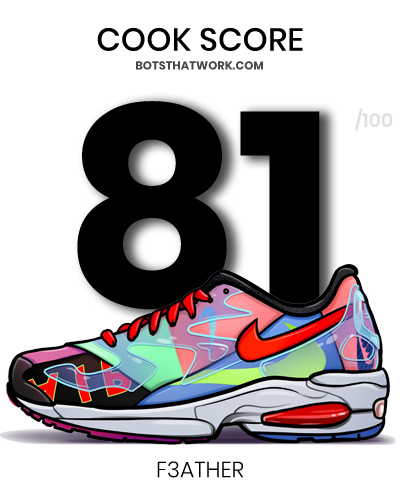 Velox, the most underrated supreme bot?

Veloxpreme, or velox bot is another very new supreme bot. With the tremendous fall of Adept, Velox has stepped up its game recently, with its developer iNev working day and night to push updates.

Want to rent Velox? You can rent Velox on our trusted marketplace.

Velox recently had a decent amount of checkouts on supreme week 1 for US and did quite well on box logos last season. In my opinion, this is a great bot for supreme US due to it relatively low price and decent success rate.

However, I would steer clear of using Velox for EU at the time being, as it flopped on week 1 and has always been more of a US bot. iNev has promised a full rewrite of the bot, and I expect Velox to shine in upcoming drops.

– Discord is unbindable therefore bot can easily be transferred

– Has lifetime and renewal copies

– All sales should always have discord and dashboard 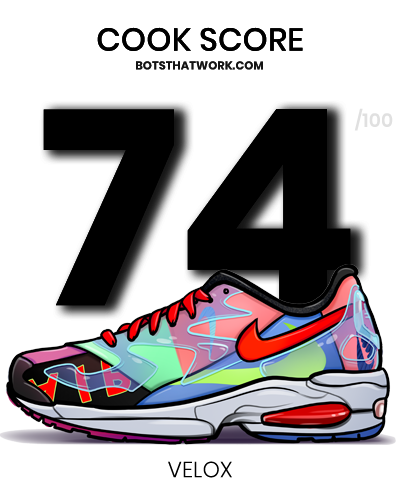 CYBER, one of the best bots overall and it cooks Supreme well.

Cybersole, aka Cyber, is an absolute monster of a bot. Cyber is an AIO bot which destroys most releases, including Supreme. At the time of writing, Cyber has been the most consistent Supreme bot out there, destroying every single hyped release in both EU and US this season and last season, most notably both the supreme north face collabs and box logos last season.

Want to rent Cyber? You can rent Cyber on our trusted marketplace.

With over 9.6k checkouts on US alone, it is easy to say that Cyber is by far the best supreme bot out there for EU and also US, however it’s ridiculous price of $3500 and $4500 for renewal and lifetime copies respectively puts it out of the price range for newer botters.

It also has a companion app meaning you can control the bot through your phone as well as solve captchas on the fly. This comes in very handy when you are away from your PC. If you want to read a full review on Cyber then visit https://botsthatwork.com/review/cyber-sole-aio/. 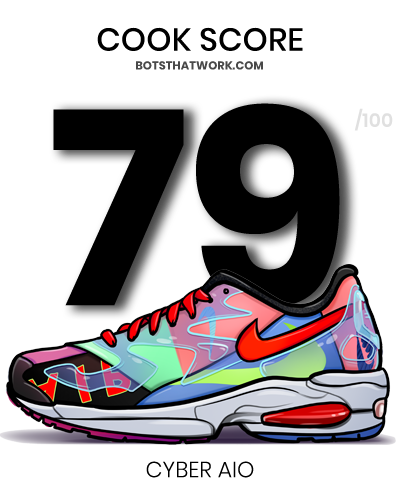 MekPreme, the most underrated Supreme bot?

MEKPREME, known as Mek is the most consistent Supreme bot of SS20 and of FW19. Mek performed extremely well in Fall-Winter 19 and started this season with the same insane success, most notably Supreme bandana box logo tees and hoodies last season.

With over 15k checkouts on Week 1 of Spring-Summer 2020, It’s safe to say that Mek has blown all competition clear out of the water. As with every supreme bot, Mek also will occasionally flop from time to time, due to Supreme changing their anti-bot program (Pooky) as well as Site changes.

Mek undoubtably is the best supreme bot for any US user and also performs well on Supreme EU, most notably on Bandana Box logo tees last season. Mek is also far cheaper than F3 and I would 100% recommend this bot to any US user.

Although it has a shaky start to Supreme EU last season, Mek has improved immensely and I expect it to cook crazy box logos for both regions this season.

Although Mek has had a tonne of success, it’s price is still stable at around $550-600 at the time of writing. As the season progresses, Mek should gradually drop in price as all supreme bots do. I would personally recommend buying Mek after a flop week, as many people tend to panic sell at lower prices then.

– All sales should always have discord and dashboard

– Discord and dashboard are unbindable therefore bot can easily be transferred

– Reset is only within the bot and dashboard

– Has lifetime and renewal copies 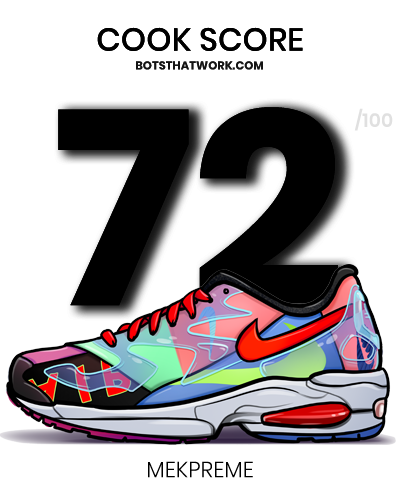 The top performing bots can change on a weekly basis, so this list will be updated as necessary. More bots will also be added to this list based on performance.

Author
British botting veteran with three years of experience. Previously he had his own bot and now has his own sneaker store with connections all the way to Hong Kong.

We have added a new developer in our team and this has already sped up the dev process. Adidas and Snkrs are integrated and our staff will start running tests on the 5th of February.

Footsites are next on the list. We will share more and more sneek peaks so stay tuned!

We are considering to get an extra dev on board to speed things up with the integration of other shops and we may have a strong candidate.

We wish everyone a nice holiday season and thanks for being part of the community.